Departing from shore in my fully laden kayak, Puerto Agua Verde, Sea of Cortez and the Baja Peninsula, Mexico.

The biggest challenge for the trip was being able to carry sufficient water and ration it because after I left Loreto there were only two places between Loreto and La Paz that I was aware of where I could replenish my water supply, and this small fishing village called Puerto Agua Verde that I’m setting off from was one of them. The photo was taken by a British couple that I met there who were also kayaking to La Paz. I was using my large French Nautiraid folding double kayak, which has a large open cockpit and ample storage space for an extended trip like that. When I started the trip I was only able to buy a limited selection of fresh fruit and vegetables and it was also a major challenge preserving them in the constant heat and ensuring that I had sufficient nutrition to get me all the way to La Paz. There were many contrasting benefits of kayaking in the Sea of Cortez compared with Alaska. Firstly, there is minima tidal range in the Sea of Cortez compared to Alaska, meaning that I didn’t have to drag the kayak up and down the flat sandy beaches and secondly there were so many places that were suitable for landing, whereas in Alaska there are very few accessible beaches and most of those are steep and rocky. This stop was the last human habitation until the ranch near the ruins of Mission Dolores. 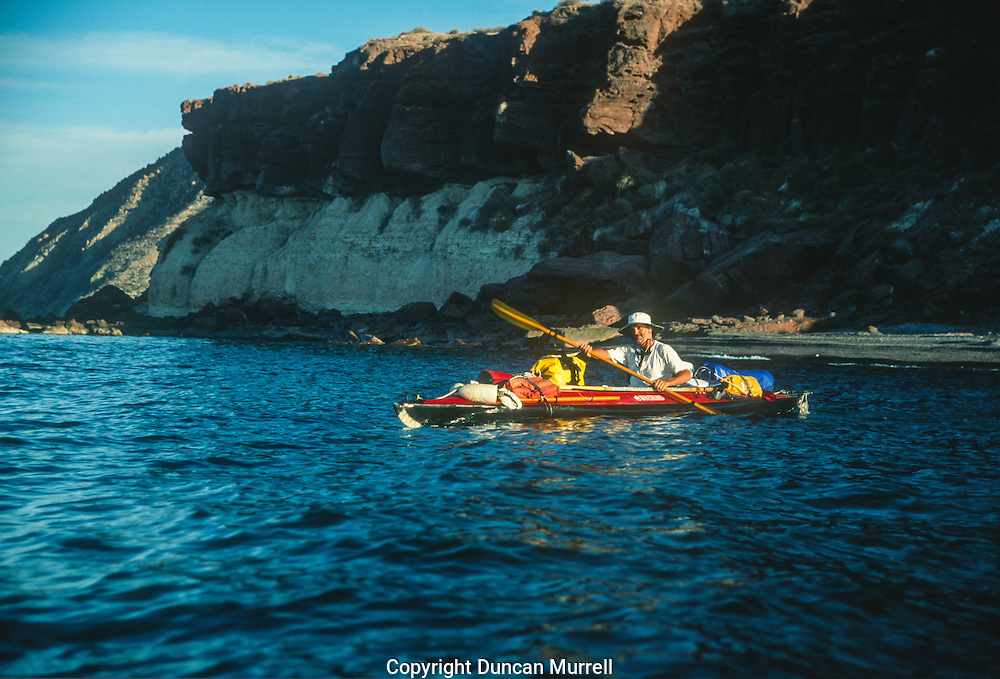