Shortly after arriving on Mull I experienced some of the wettest and windiest conditions that I have ever experienced anywhere, and that is saying something! I didn’t know it at the time but it was actually the tail end of the infamous Hurricane Katrina. I was still using an old tent that I had used for over 20 years, and when I bought it in Seattle it was one of the most advanced, extreme condition tents available, with its 2 walls connected, and just one main sturdy staking point at each end making it quicker and easier to erect. It was called the “Omnipotent”, and had been tested in high winds in Antarctica, but now that it was 20 years old it was completely “Impotent” in the assault of wind and rain that it was subjected too. It could just about withstand the strong gusts of wind but not the torrential rain, and my tent became flooded, and my equally ancient down sleeping bag rendered into a big bag of soggy porridge. I abandoned my tent and sought refuge in the village hall, where I was able to hang all of my wet gear up to dry. Some of the residents that I spoke to were surprised that I had been camping out in such severe weather conditions and informed me that it was the most rainfall that they could recall in living memory. Once I had dried all my gear out I pitched my tent on a designated camping area overlooking the harbour, which even had the considerate luxury of propane CO2 burners for trapping the bothersome midges. I wasn’t quite sure what it was until I saw the clear receptacle full of midges packed into a dense black cake of their minute bodies. I have forgotten to mention them up until now but they are undoubtedly the living and biting scourge of camping in Scotland. Fortunately it was usually windy enough to keep them away for the majority of the time that I was there, but I do remember on some occasions, particularly on Lunga, that I was glad that I had a head-net to wear. 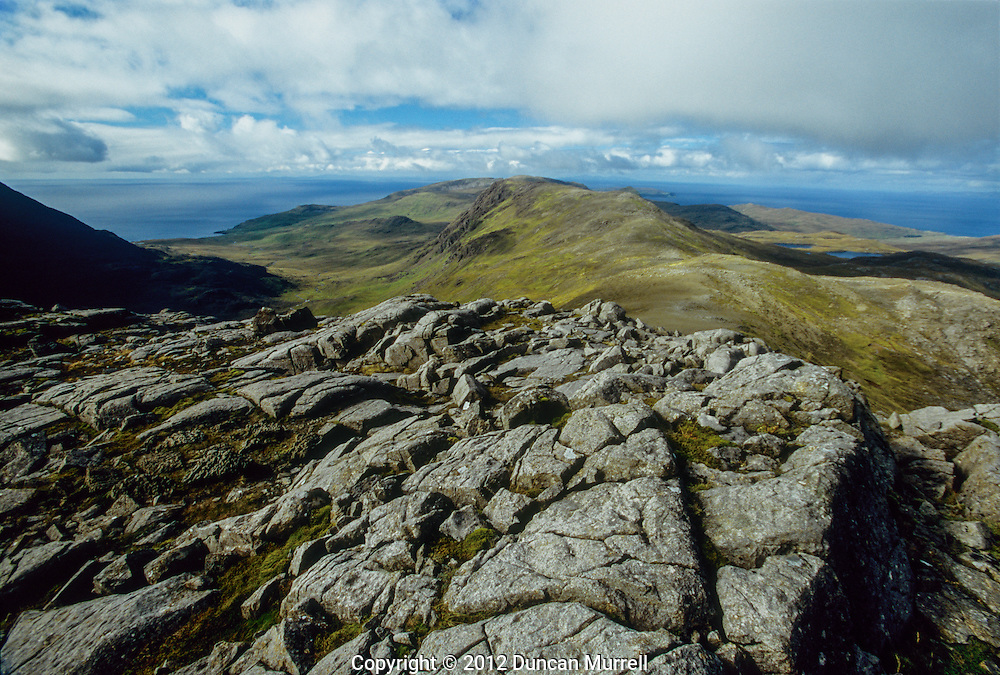