Ardnamurchan is undoubtedly one of the dramatic and stunning parts of the Scottish coast. It is very wild and unspoilt, and its remoteness is accentuated by the main access route being just a single-track road for much of the length of the 50-square-mile (130 km2) peninsula. This is a view across the rocks of Eilean Chaluim Cille Bay towards the 36 metre (118 ft) tall lighthouse on the point. The peninsula has great geological and historical interest. The whole northwestern corner of Ardnamurchan contains a complex of underground volcanic structures that originate from a 55 million-year-old volcanic complex. Small areas of lava that that were ejected onto the surface are found in some parts of the peninsula. At least seven other similar complexes of the same tectonic episode are dotted up the west coast of Britain. The sub-concentric rings of the volcanic complex can easily be seen in satellite photographs and topographic maps, though they are less obvious on the ground.
In 2011, a Viking ship burial, probably from the 10th century, was unearthed at Port an Eilean Mhoir on Ardnamurchan. Grave goods buried alongside a Viking warrior found in the boat suggest he was a high-ranking warrior. He was found buried with an axe, a sword with a decorated hilt, a spaer, a shield boss and a bronze ring pin. Other finds in the 5 metre long (16ft) grave included a knife, what could be the bronze tip of a drinking horn, a whetstone from Norway, a ring pin from Ireland and Viking Age pottery. Another Viking ship burial was also discovered in Cul na Croise on the peninsula 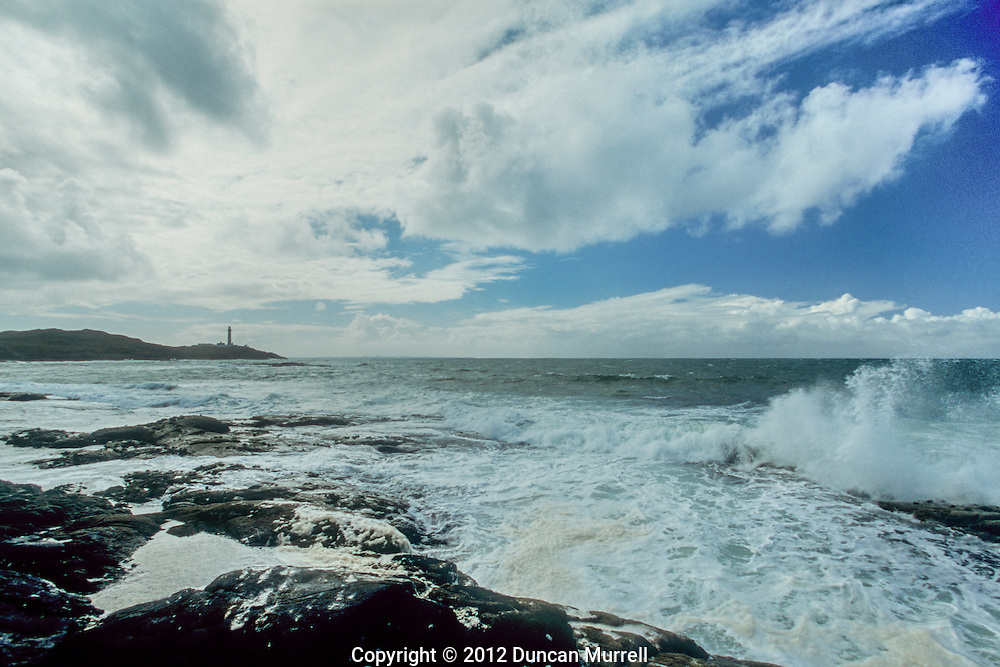