When it comes to food, black bears are creatures of opportunity. There are certain patterns of food-seeking which they follow. Upon emerging in the spring, freshly sprouted green vegetation is their main food item, but they will eat nearly anything they encounter. Winter-killed animals are readily eaten, and in some areas black bears have been found to be effective predators on new-born moose calves. As summer progresses, feeding shifts to salmon if they are available, but in areas without salmon, bears rely on vegetation throughout the year. Berries, especially blueberries, ants, grubs, and other insects help to round out the black bear’s diet.
For most of the year, black bears are solitary creatures, except from June through July when mating takes place. The cubs are born in their dens following a gestation period of about seven months. The cubs are born blind and nearly hairless, weighing in under a pound. One to four cubs may be born, but two is most common. Cubs remain with their mothers through the first winter following birth.As with brown bears, black bears spend the winter months in a state of hibernation. Their body temperatures drop, their metabolic rate is reduced, and they sleep for long periods. Bears enter this dormancy period in the fall, after most food items become hard to find. They emerge in the spring when food is again available. Occasionally, in the more southern ranges, bears will emerge from their dens during winter. In the northern part of their range, bears may be dormant for as long as seven to eight months. Females with cubs usually emerge later than lone bears. Dens may be found from sea level to alpine areas. They may be located in rock cavities, hollow trees, self-made excavations, even on the ground. In Southeast Alaska, black bears occupy most islands with the exceptions of Admiralty, Baranof, Chichagof, and Kruzof; these are inhabited by brown bears. Both bear species occur on the southeastern mainland. 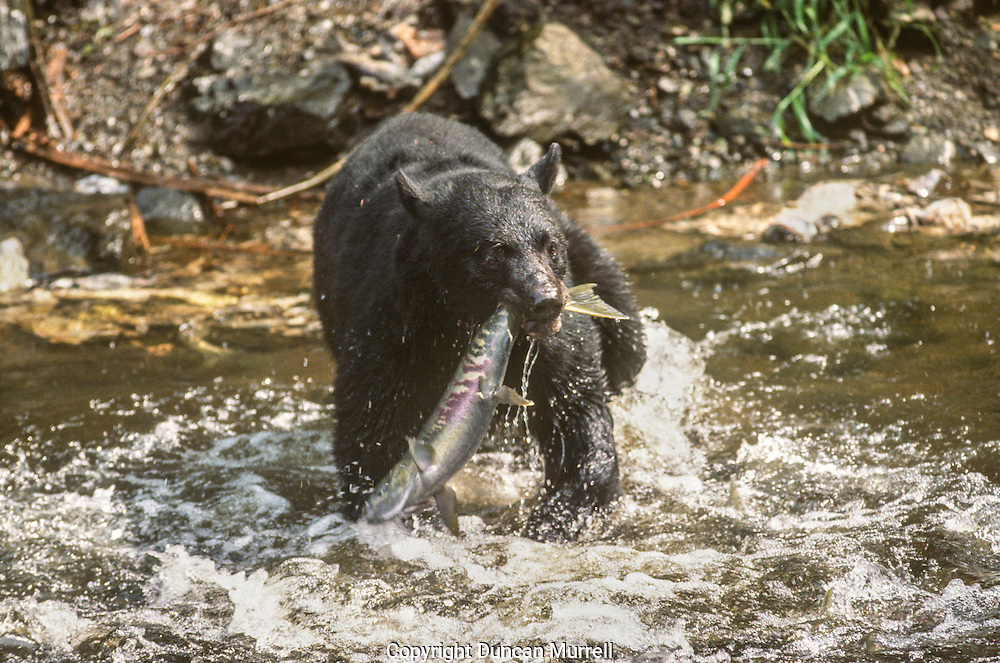