It was a beautiful place to camp and I spent several days clambering over the offshore rocks and inshore san dunes. There were a lot of shy grey seals that hauled out on the rocks that I tried to get close enough to photograph without disturbing them. Not surprisingly the sea was very cold for swimming but I had brought a wetsuit with me for snorkelling. There was plenty of driftwood to collect on the beaches so I had some spectacular fires on the beach at night to cook my dinner under the glittering canopy of stars. 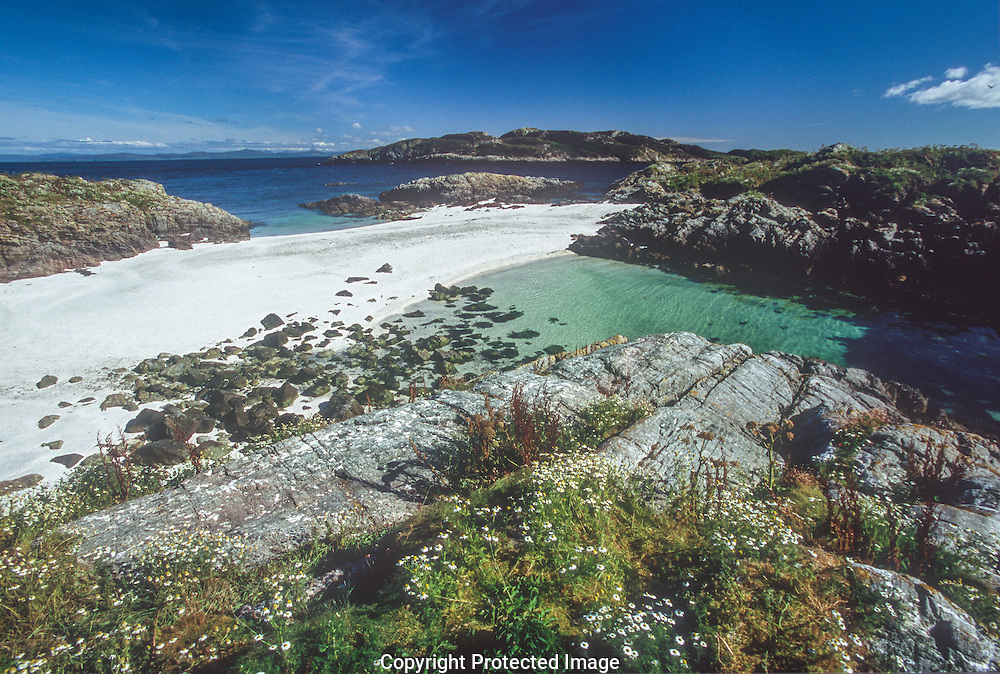