Ankarana was a really special experience for me. I loved the marriage between the sculpted limestone rocks and the lush vegetation. The tsingy limestone formations are amazing but quite hazardous to walk around on because the rock has been eroded into vertical jagged blades. I discovered that some of the local crowned lemurs have become semi-habituated to visitors, and associate them with snacks, which is not usually a good thing, but unfortunately it is often inevitable, especially if the guides encourage it too. I was able to camp overnight in the forest on the way back to the park headquarters, and had a memorable soak in a cooling stream to listen to the nocturnal sounds of the forest – and to avoid the worst mosquitoes on the trip so far.
I was really impressed with Ankarana, so it was with the usual mixture of wonderment and sadness that I looked back at the very finite perimeter of another protected area when I was driving away in the taxi-brousse. The abrupt transition from incredibly rich biodiversity to barren scrubland was painfully depressing and becoming too familiar in Madagascar. 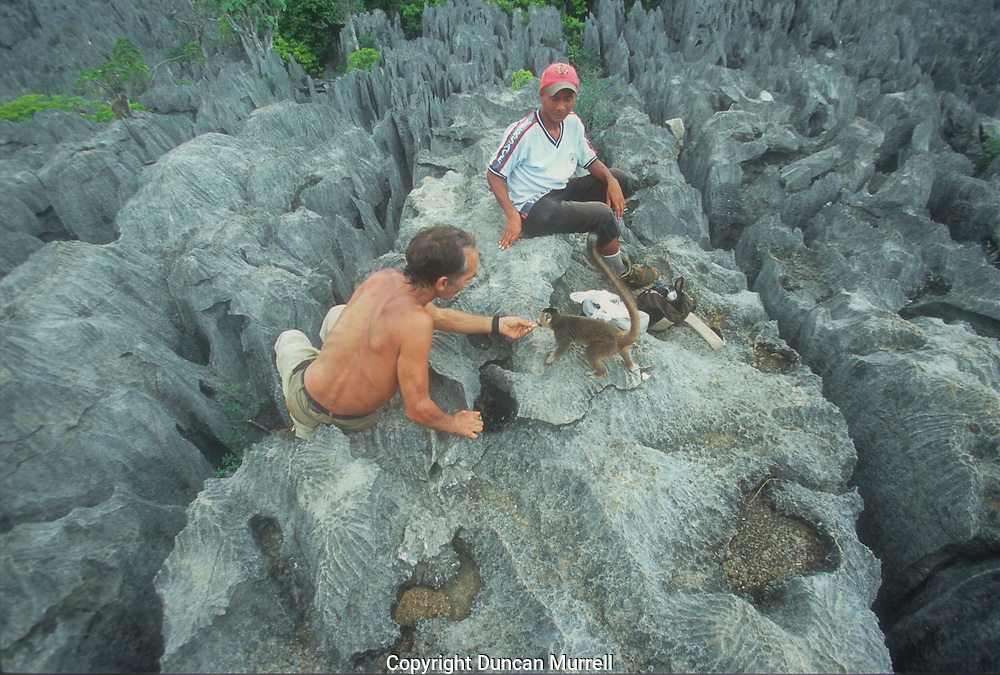